Is there Arsenic in my mulch?

Mulch made from natural forest products are generally regarded as arsenic free.

Recycled/reprocessed wood mulch is made from post-consumer or post-industryial products and may contain treated wood such as Construction & Demolition (C&D) material that can sometimes contain CCA (Chromated Copper Arsenate). According to the U.S. Environmental Protection Agency (EPA) these materials should not be ground and used in mulch.

The Mulch & Soil Industry Standards prohibit the use of CCA or any other material whose original manufacturer warns not to grind the product for mulch. All MSC certified products must pass chemical testing for CCA. 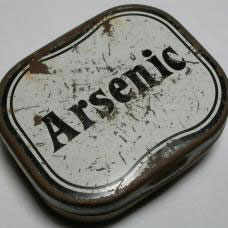 Annually, the urban legend describing the death of a dog named Calypso circulates on the Internet. According to the Journal of the American Veterinary Medical Association, the incidence of reported pet illnesses caused by eating cocoa bean mulch is extremely low, and no credible evidence exists regarding pet mortalities.

Because cocoa bean mulch may cause distress in some pets, especially dogs with indiscriminate eating habits, it is not recommended for use around unsupervised pets.

Is it safe to use mulch on my vegetable garden?

It is always helpful to mulch garden beds to inhibit weeds, retain moisture, moderate soil temperatures, and prevent erosion. Mulches made from wood fiber may be sourced in one of three categories:

2. Reprocessed/Recycled Wood Products: wood sourced from grinding fabricated consumer or industrial products. Sources may include wood from pallets, construction and/or demolition materials that (1) have not been treated with preservatives, stain or paint; (2) contain no materials whose original manufacturer recommends against grinding or mulching; and (3) are not contaminated with any hazardous or other regulated substances.

The source of product ingredients should be displayed on the product packaging and both natural and properly reprocessed wood mulch, or mulch blends, should be suitable for use in a vegetable garden. 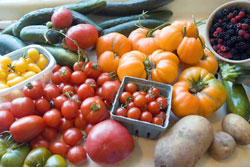 The Mulch & Soil Council supports the continuing efforts of the Forest Products Industry to develop and enforce Best Management Practices (BMPs) for loggers and landowners that recognize and promote sustainable forest management.

Currently in Louisiana, cypress forests are growing six times faster than trees are being harvested with 400,000 new cypress trees planted each year and even more naturally regenerated. Cypress trees are not being cut in areas such as flooded swamps where they will not regrow.

Most harvested cypress is sold to sawmills. The by-products from these sawmills are sold to the mulch industry to deal with the disposal of their debris. If landowners cannot market their waste and by-products for mulch, more waste will be left in the forest as a fire hazard or landowner costs for disposal will increase while overburdening landfills for local government. 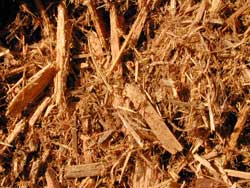 Summary & Conclusion
Current investigations indicate that mulch colorants pose no threat to people, pets or the environment. The dyes currently used by the mulch and soil industry are similar to those used in the cosmetic and other manufacturing industries (i.e., iron oxide) and pose no health or environmental risk.

Background
In the early 2000’s, occasional media reports surfaced that questioned the human safety of colored mulches. The MSC investigated these claims, undertaking its own detailed studies and literature search. A Colorant Committee was formed in late 2006 and meetings were held throughout 2007.

a. Human Safety of Colorants

Iron Oxide (Red):
Iron Oxide is used extensively in facial cosmetics, paints, and other chemicals. It has been used for centuries. Following an extensive review of national and international literature and information, no specific concerns were identified.

Carbon Black:
Carbon black is virtually pure elemental carbon and is used in many consumer and industrial products such as tires, belts, virtually all other rubber goods, video and audiotapes, nearly all electric motors as the brush contacts, insulators, and dry cell batteries. As a pigment, it is used as a toner for paper copiers and printers, inks for newspaper, and in most dark-colored paints and coatings.

Given the wide manufacture of both pure carbon black and products containing carbon black, there is a wealth of information published on the human health aspects of this material. Occupational studies over 60 years do not show any increased health risk to workers exposed to carbon black compared to the general public.

The US EPA also concluded that no special considerations are necessary for carbon black as it pertains to exposure for infants and children. There are no adverse effects for acute toxicity in humans and animal studies. It is considered non-toxic. Also, there were no problems with skin sensitization or eye irritation (beyond a simple physical irritant).

The committee did not find any evidence that any of the components of colorants were an environmental concern when used according to label directions and rates on mulch.

Committee Conclusions
The committee concluded that based on the available toxicological and environmental profiles of the ingredients commonly used in mulch colorants, there appears to be no significant areas of concern in using these materials in general, and in certified mulches. 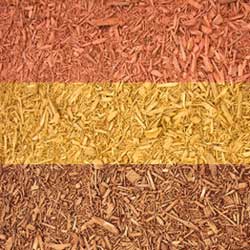 Mulch itself does not attract termites. Termites prefer a cool, moist environment. The purpose of mulch is to cool the ground and maintain soil moisture. Mulch can create a suitable environment for termites that already exist in the soil, which can sometimes bring them to the surface and make termites noticeable. 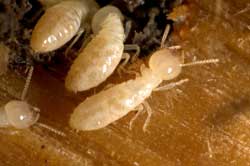 Overview
Jumping worms (Amynthas spp.) are an invasive species native to eastern Asia. They cause forest ecosystem disturbance and are also troublesome for homeowners and gardeners:
• As their name implies, they jump, wiggle and are very active.
• Jumping worms live in the leaf litter and the top few inches of soil on the forest floor.
• They can be found in much of the Northeast, Southeast and Midwest states.
• They change the soil texture to appear like coffee grounds, strip the soil of nutrients and can kill plants.
• Prevention is the only known way to manage them.
• Jumping worms should be disposed of in the garbage. Do not release them into the environment.
• Research indicates the worm egg cocoons are killed at 104°F temperatures. Primary ingredients of soils and mulches are typically aged or composted at temperatures that exceed 104°F; so, processed soils, compost and mulch are much less likely to contain these pests.

Description
• Jumping worms can be 1.5 to 8 inches or more in length
• They are similar in size to other earthworms such as nightcrawlers or some of the larger angle worms, but their clitellum (collar-like ring) and coloring are different
• The clitellum is located 1/3 the length down the worm from the head, and it is smooth, cloudy-white and constricted, unlike the swelled saddle-like clitellum of European earthworms.
• As their name suggests, these worms may jump and wiggle noticeably when disturbed. They can move across the ground in an “S” pattern like a snake.
• Jumping worms live for only one season:
o They hatch in late spring in 1-4 inches of soil
o The worms grow during the summer and the adults start laying eggs in August
o It is not known how many eggs each adult can lay
o Eggs are very small but can be identified. Removing eggs is likely impractical

Prevention
There are currently no chemical controls or methods to eliminate them from your property. Prevention is the first step in limiting worms spreading in your lawn. Here are a few precautions you can take to help stop the spread of these voracious worms:
• Research indicates the worm egg cocoons are killed at 104°F temperatures. Primary ingredients of soils and mulches are typically aged or composted at temperatures that exceed 104°F; so, processed soils, compost and mulch are much less likely to contain these pests.
• Check your garden beds for jumping worms prior to adding any new landscape products or plants.
• Don’t share plants as you may unintentionally be sharing jumping worms. Although the worms may be easy to see, the cocoon is not. And the last thing you want to do is share these invaders with your gardening friends.
• Don’t move plants from a jumping worm-infested garden to another area. Limiting their spread can help you maintain soil and plant health in non-infested areas. • Purchase plants from reliable sources and examine plants for signs of these unwelcome pests.
• Clean soil and debris from tools and clothing each time you move from one garden bed to the next. I used one set of tools and pair of boots when working in a garden bed where jumping worms were found. Be sure to clean your boots and clothes before visiting other's landscapes.

Disposal
Jumping worms should be bagged and disposed of in the garbage. Do not release them into the environment. 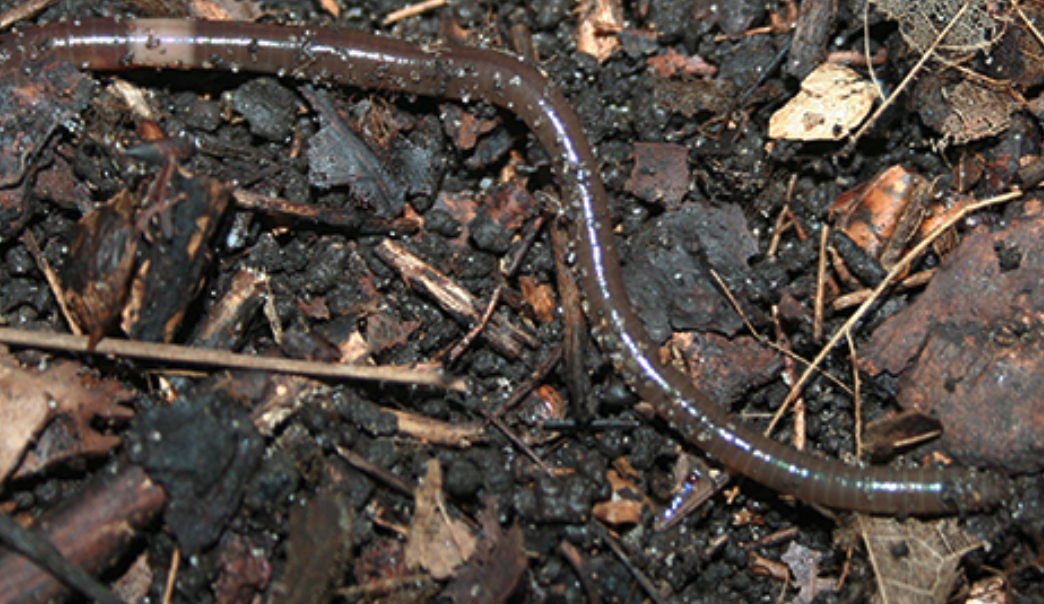